For two decades, we've been helping academic and health researchers build strong writing and presenting skills. ThinkWrite has developed a number of approaches to thinking, planning and writing – these ideas have been used to help more than 40,000 participants across most disciplines in the UK and other countries.

Our combined suite of on-site Workshops, zoom-based Masterclasses and online Bitesize courses lets us reach out around the world – during lockdown we met people on every continent... except Antarctica! We are really enjoying our new ability to meet people’s needs wherever they are, whenever they want.

The ThinkWrite Model sits at the heart of all our thinking, and putting the model into practice has helped thousands of researchers reduce the time they spend creating clear documents.

By looking at your writing project from the perspective of the Author, Message, Vehicle, Gatekeeper and Success it can help you take on the challenge of writing yours with greater efficiency and confidence.

2020 lockdown triggered almost 100% cancellation of our workshops and kick-started a massive move online. Within days we were filming, editing and building. As a result our e-learning tools are used around the world. The push from our team across the past 24 months has been exceptional. We're therefore thrilled that this transformation has been recognized and rewarded.
View Courses 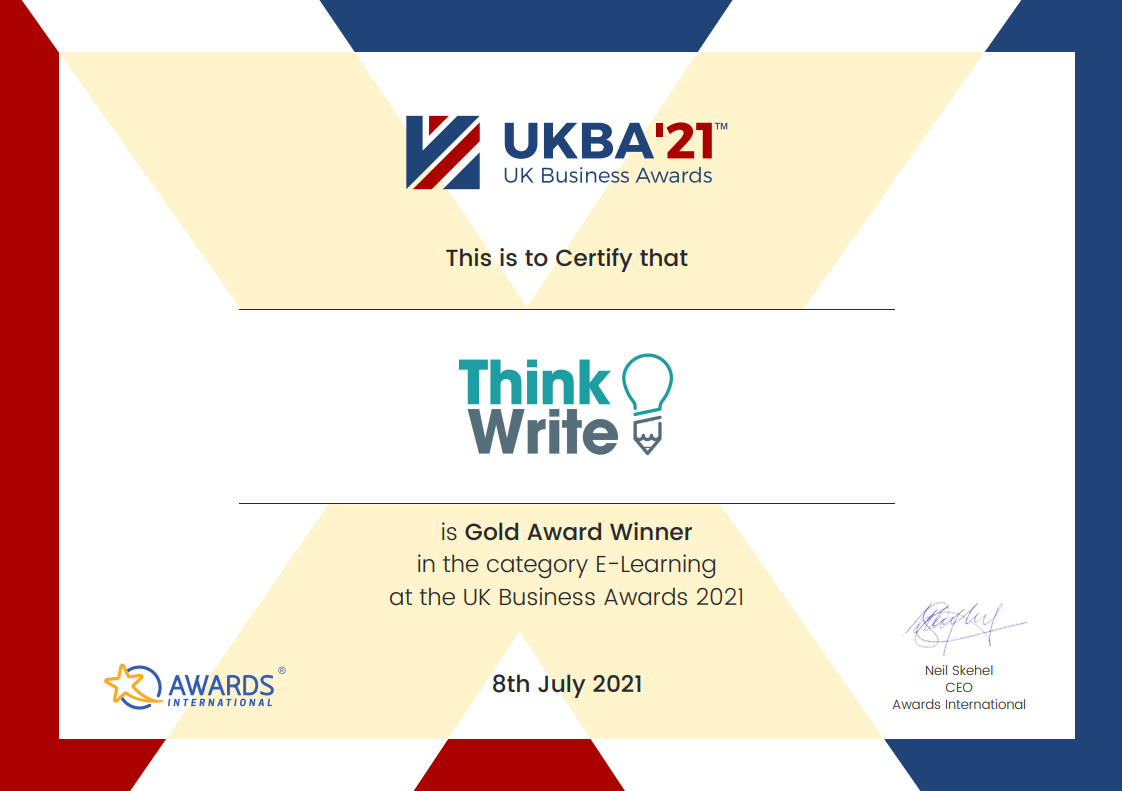 Multi-award winning academic, author, journalist and trainer Pete Moore never planned to run a company training others to think, write and speak. But his combined experiences in academia and journalism led to develop an approach to writing that others found helpful, and ThinkWrite evolved into existence.

As a post-doc, I had learned that it takes months to write a four to five thousand word paper. And those months came after many previous months engaged in reading, planning and research. However, when he started writing for publications like The Guardian, New Scientist and Nature, he discovered that you were given days and at most weeks for similar pieces of work... and the standard expected was still extremely high.

Pete recognised that a key difference was that journalists have a clear idea of the basic shape and requirements of their articles before they start writing. Knowing this format let him research the piece efficiently and write quickly.

After writing around 16 books, Pete was asked to help some researchers with a piece of their work. He applied a similar process of structure-led, message-targeted thinking and the researchers were exhilarated by the results.

The arrival of 'Roberts funding' in 2004 created an opportunity to integrate skills developed into doctoral training and stimulated a new level of access to skills development within the academic community. Pete was ready to step in and start training...

As the need grew, Pete started training trainers, and it developed from a one-man show to a small training business. Now ThinkWrite works in many countries, and is massively strengthened by the arrival of associate trainers who bring their skills, insights and expertise.